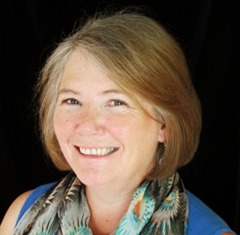 About the author:
Award-winning author Paty Jager and her husband raise alfalfa hay in rural eastern Oregon. On her road to publication she wrote freelance articles for two local newspapers and enjoyed her job with the County Extension service as a 4-H Program Assistant. Raising hay and cattle, riding horses, and battling rattlesnakes, she not only writes the western lifestyle, she lives it.

All her work has Western or Native American elements in them along with hints of humor and engaging characters. Her penchant for research takes her on side trips that eventually turn into yet another story.

Paty, please tell us about your writing schedule. What’s your best time of day to write? On average, how many hour a day do you write?

My favorite time of day to write is the morning. I like to get at the story while I’m fresh. When we’re not building a house (as we have been since August) I try to write three hours in the morning and two in the afternoon. With a lunch break to check emails and the evening to work on promotion/social networking.

Writing while building a house, that’s a tall order! Do you use scented candles, music, wine, chocolate, etc., to put you in the mood to write?

I like to use certain music for each book or series I write. I’m like Pavlov’s dogs. When I hear the music I listen to for a book or series, it draws me into the book and the characters faster than just sitting in silence. I prefer music without lyrics unless it is in a language I don’t understand. For the Spirit books I listened to Native American music, for my Action Adventure books, I listen to music from the country where the story is set. Right now while writing mysteries, I listen to jazz because that is my main protagonist’s favorite music.

Are you self-published? If so, what made you choose this route?

I am what is called a hybrid author. I started with a small romance press and then went out on my own as a self-published author. I still have some work with the small press but I am predominately self-publishing. I chose this route once I felt I’d learned what I needed to know about writing, editing, and publishing a book. I would not have self-pubbed straight out of the gate. I believe being with a publisher first is invaluable to an author. It teaches you ways to look at your writing you can’t if the only critical eye is your own and a couple of critique partners. It also taught me the stages it takes to make a story a book. I answered the second part of the question like a politician, didn’t I. 😉 The main reasons I chose to self-publish was for more control over covers, release dates, and pricing.

A politician? Naw, let’s just say diplomatic. How do you develop your plots and your characters?

For each stand-alone book and each series my plots and characters are developed different. Some books or series come to me as characters first- as with Isabella Mumphrey in the action adventure series. Some come to me from something I’ve heard or seen. Perfectly Good Nanny was the product of hearing about a child ordering items online with their parents’ credit cards and the parents not knowing until the packages arrived. Others, I have an idea for plot- such as the first mystery book, Double Duplicity. It was something my brother told me about a piece of art several years ago. The information kept spinning in my head until I came up with the perfect murder to include the piece of art and then I needed a protagonist who was an artist and to keep with my tagline: ​Tales of intrigue and romance starring cowboys and Indians I made my female sleuth part Native American.

Oooh, I like that tagline! How and where do you research for your books?

Research! My favorite part of writing! If I can go the setting of my books I prefer that. When I can’t as with the action adventure books, Secrets of a Mayan Moon, set in Guatemala and Secrets of an Aztec Temple, set in Mexico City, I had to rely on others who had visited the areas, people who lived in the areas (I made friends with a Guatemalan Blogger) and using YouTube videos. For historical books I like to read the newspapers of the areas at the time of my books, visit museums, historical societies, and books.

I love research too! 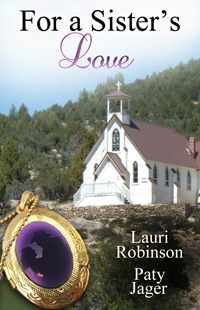 Have you ever written a book together with another author?

Yes, I have written a book with another author. Lauri Robinson contacted me several years ago and asked if I’d be interested in writing a sister book with her. She pitched her idea and we met online in chats several times to nail down our “sisters” their backgrounds, and how they were separated as children. The book then told each sister’s story as a grown up trying to find the other sister. They both found love interests in their adventures and we had a great time writing, For a Sister’s Love.

Lucky you, working with another talented author! How do you unwind and relax when not writing?

Unwind? What is that? We have 280 acres with 60 in alfalfa. Now that we no longer have cattle to tend to, I do have more free time. When I’m not writing, cleaning house, building a house, or helping my hubby with outside chores, I like to ride my horse and go for walks on our hills.

Those sound like lovely ways to relax. What aspect of writing makes you happiest? What frustrates you most about writing?

The aspect of writing that makes me the happiest is the first draft. When I can sit down and let the story pour forth without worrying about punctuation, good grammar, and if the names are too closely related. What frustrates me is having to do so much promotion to get readers to see my books and perhaps pick one up to check out.

I so agree, promotion is draining on both time and energy. What project(s) are you working on now?

I have the first book of my Shandra Higheagle mystery series, Double Duplicity released. The second book, Tarnished Remains will be available February 10th. The third book is being written now and will be out in March. After that I have a third book in my Halsey Homecoming, historical western romance trilogy to get written and published. In 2015 I have a huge list of books to get written and out to readers.

On the eve of the biggest art event at Huckleberry Mountain Resort, potter Shandra Higheagle finds herself in the middle of a murder investigation. She’s ruled out as a suspect, but now it’s up to her to prove the friend she witnessed fleeing the scene was just as innocent. With help from her recently deceased Nez Perce grandmother, Shandra becomes more confused than ever but just as determined to discover the truth.

Detective Ryan Greer prides himself on solving crimes and refuses to ignore a single clue, including Shandra Higheagle’s visions. While Shandra is hesitant to trust her dreams, Ryan believes in them and believes in her.

Can the pair uncover enough clues for Ryan to make an arrest before one of them becomes the next victim?

“I’m sorry this is bad timing for you, but you’re the only witness I have so far. I need your statement before I escort the body to the coroner.” He leaned against the door jamb.

“Paula called when I was about twenty minutes from here.”

“What time was that?”

“About one-thirty or one-forty. I’m not sure. I didn’t really pay much attention.” She hadn’t even looked at the time when she answered the call; she just knew the road well enough to know how long it would take.

“Where were you coming from?” His head remained bent as he scribbled in his notebook.

“My grandmother’s funeral in Nespelem, Washington.”

His face tipped up, and his eyes softened. “I’m sorry for your loss.”

“Thank you.” She stared into his dark eyes. He’d suffered a similar loss. It was in the look and the softening of his expression.

He dropped his gaze to the notepad in his hand. “So you arrived here at two or a little after?”

She shrugged. “I guess so. I didn’t look at the time, just parked, crossed the street, and walked in the door. I thought it odd Paula didn’t meet me since she had requested my visit. I called out, didn’t hear anything, and worked my way through the gallery back here to the office. I saw the light on and called out again.” She squeezed her eyes shut to push the sight of Paula from her mind. “She didn’t answer, so I pushed the door open, and saw her.”

“Did you enter the room?”

Shandra thought back. “No. I backed out and pulled my phone out of my purse to call nine-one-one. I punched in the nine and heard the sirens. This town rarely has anything happen that warrants a siren. I figured someone already called this in and headed to the front of the gallery. That’s when Roscoe P. Coltrane jumped through the doorway with his gun pointed at me and handcuffed me without getting my side of the story.”

“So you’re a Dukes of Hazard fan.” Detective Greer smiled at her. “I’m thinking it was his first call of this nature since putting on the suit. Don’t hold his overachieving attitude against him.” The levity of the moment passed when he glanced up and speared her with a dark brown gaze. “Did you see anyone else in the vicinity when you arrived?”

A flash of Naomi crossing the street caused her to drop her gaze. She couldn’t implicate her friend without questioning her first. “I didn’t see anything out of the ordinary.”

Detective Greer took a step closer to her. She’d have to tilt her head back to look him in the eye. She preferred to stare at the black snaps of his western cut shirt.

“I asked if you saw anyone in the vicinity. Who did you see on this block or the next?”

His calm tone and deep voice, only made her feel worse about withholding information.

“There were some tourists, I guess, on the sidewalks. Anyway, they weren’t people I know.”

He placed a finger under her chin, raising her face to look up at him. “I don’t know who you’re covering for, but I’ll find out.”

Looking into his confident dark eyes, she didn’t doubt he would, but she’d talk with Naomi before he figured it out.