The Birth of a Story

You learn the darnedest facts while researching a book. Sometimes, what you find can throw your story completely off-kilter and send you searching for a new storyline. Other times, it can change a story from good to fantastic.

This is what happened to me with my newest book, Ride for a Bride in Wyoming, from the series Rocky Mountain Romances.

I already had the story—New York society spinster whose passion is protecting animals from cruelty meets a Wyoming rancher who raises bulls for the budding rodeo business and rides a buffalo in horse races.

And I had the characters—Annora Lee Bostwick, a member of the new American  Society for the Prevention of Cruelty to Animals, who moves to Sheridan, Wyoming to open a new branch; and Birch Struthers, also known as Buffalo Birch Struthers, a rancher involved in the beginnings of the rodeo. Burke has recently taken over the family ranch after his father’s death, but if he wants to hang onto the property, he must marry and soon, or lose it to a man he hates.

My problem was how to get them together. Neither wants to marry, and they seem like total opposites. That’s when I read about the Ride for a Bride race that took place in Sheridan, Wyoming as part of their first official rodeo in 1909. Harry Lewis, the groom, won the hand of Hazel Foster, and they were married that very day.

What a grand solution to my dilemma!

Of course, Annora and Birch don’t fall in love at first sight. Far from it. Annora accuses Birch of mistreating his buffalo and the bulls he uses in the ranch competition. Birch sees her as a spoiled, stuck-up New York Society spinster unfit for life on a Wyoming ranch.

Birch agrees to be the groom for the Ride for a Bride race to follow the competition because of his father’s will demanding that he marry within a year. Annora, however, is blackmailed into participating.

And, so the fun began.

I loved writing this novella, and hope readers like it as well as I do.

Her hair was a light red. Not strawberry blond, nor the usual carrot red. Birch never would’ve thought of a color like red being mellow or calm, but that’s how he saw it.

She had freckles to go with the hair, and intense, green eyes with a hint of stubbornness as if she wouldn’t give an inch even if you set her skirts on fire. That glimpse of obstinacy matched the tilt of her chin and the stiff way she held herself. An uppity New York spinster no doubt hoping to snag what she’d failed to catch back home—a husband.

“She’s my cousin,” Lissette told the mayor, an arm around Miss Bostwick’s waist.

“And my bride-to-be,” Jenks asserted.

“That is impossible,” Miss Bostwick stated with emphasis.

Great thunder! Even her voice sounded pretty, like a meadowlark at dusk.

“I’m afraid this is my fault,” Lissette said. “You see, Annora’s mother wrote, asking me to help Annora find a husband. She gave me to understand that is why Annora decided to relocate here. When I saw the notice about the race, it seemed the perfect answer.”

“Why didn’t you ask me if I considered it perfect?” Miss Bostwick pulled the cat from her shoulder. “I’ve no need for a husband. I like being a spinster.”

Birch swallowed a laugh at that.

“Oh, but, Annora, I… I only want to see you happy.” Looking stricken, Lissette glanced around at their audience. “Please, can we discuss this later?”

“Yes. Remove my name as the Ride for a Bride bride,” Miss Bostwick told him.

“Ladies. Ladies.” Sythes tried to get the situation under control.

Birch felt he ought to be rooting for one of the women, but didn’t know which. Miss Bostwick had a right to be angry at her cousin for putting her in such an awkward situation.

“But, Mayor,” Jenks whined, “I have a right to take my bride over to the church and get hitched. I won the race.”

Lissette’s skirts rustled as she whirled to face him. “No one expected that to happen. Birch and Hezzie always win.”

“That doesn’t change the fact that I won this time,” he retorted.

“Which means nothing to me,” Miss Bostwick said.

Birch raised his hands. “Hold on. Can I get a word in here?”

“Go ahead,” Mayor Sythes gestured him forward. “Speak up, Birch.”

“First, I had no knowledge about Miss Westbrook coming here—”

“Bostwick,” the redhead corrected, preventing the calico kitten from climbing to her shoulder again.

“—or being the designated bride for the race. In fact, I didn’t think any bride had volunteered yet.”

“I can verify when the race is to take place.” Mayor Sythes pulled a paper out of his vest pocket. “I have the competition rules and schedule with me.” Putting on his spectacles, he read, “The Ride for a Bride Race shall commence on the day following the conclusion of the ranch competition. That means the race is to be held July 30.”

“Let me see that.” Jenks snatched the paper away.

Lissette clapped her hands in delight. “This means you still have a chance to win Annora’s hand, Birch. Isn’t that marvelous?”

He wanted to puke.

Ride for a Bride in Wyoming is currently available for pre-order, and will be released July 22. Find it at https://www.amazon.com/dp/B071XDTV9G

The Rocky Mountain Romances series is made up of seven books by seven great authors to be released one each week, beginning with Utah Sunrise by Amelia C Adams, released this week and available NOW.

Check out all the books at https://www.facebook.com/RockyMountainRomances/. 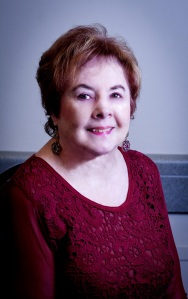 Charlene is multi-published, award-winning author of American historical romance noels. Originally published by Kensington Books, she is now self-published. She loves traveling, writing, reading, spoiling her grandchildren, and hearing from readers. She is also a graphics artist and has her own business creating book covers for authors at http://silversagebookcovers.com

4 comments on “Be My Guest: Charlene Raddon”