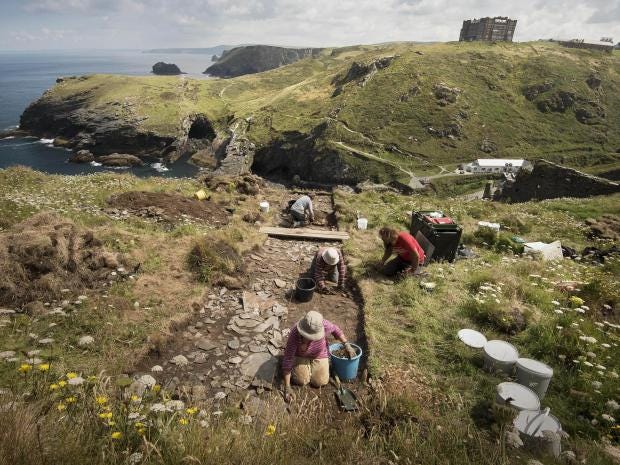 The mysterious origins of the British archaeological site most often associated with the legend of King Arthur have just become even more mysterious.

Archaeologists have discovered the impressive remains of a probable Dark Age royal palace at Tintagel in Cornwall. It is likely that the one-metre thick walls being unearthed are those of the main residence of the 6th century rulers of an ancient south-west British kingdom, known as Dumnonia.

Scholars have long argued about whether King Arthur actually existed or whether he was in reality a legendary character formed through the conflation of a series of separate historical and mythological figures.

But the discovery by English Heritage-funded archaeologists of a probable Dark Age palace at Tintagel will certainly trigger debate in Arthurian studies circles – because, in medieval tradition, Arthur was said to have been conceived at Tintagel as a result of an illicit union…