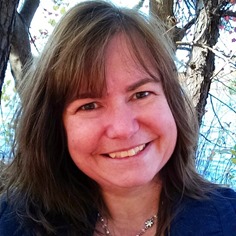 LENA GOLDFINCH writes heartwarming sweet historical romance and books for teens. She loves vintage quilts, antiquing, and horses. She lives with her husband, two children, and two very spoiled black Labs. Lena’s always been fascinated by people, especially people in transition. She loves to write about characters who have to face a challenge and dig deep to accomplish a goal, whether to solve a mystery, save the day, or simply find love. (Ha! Simply! ;))

Book One in The Brides Series, Sweet Historical Western Romance

“With unexpectedly fresh characters and twists, the imagination is kept on its toes, even while feeling entirely comfortable with the familiarity of the mail-order bride storyline…a great curl-up-on-a-cold-night read, so go grab a copy for yourself!” –Serena Chase, USA TODAY Happy Ever After

What’s a man to do when his father orders him a bride?

If logging-operation owner Isaac Jessup had wanted a bride, he’d have chosen a sturdy frontier woman, not some fragile lady from back East. Ready to explain the mistake, honorable Isaac takes one look into Rebecca’s vulnerable eyes…and knows he’ll marry her, even though this delicate waif is obviously unsuited for wild Seattle.
Could an unexpected marriage be a match made in heaven?

The lean-to was chilly and not for the first time, Isaac considered boarding it up proper and calling it a barn. He sat on the stool and began milking the goat, all the while mentally preparing for the worship service they planned to go to later that morning. The Scriptures he’d read first thing that morning were fresh in his mind, and his prayers kept returning to the problem of Rebecca. One inner voice urged him to send her back home, but another voice spoke of commitment. He’d said vows before God to love and keep her till death do them part. Those weren’t words he was willing to dismiss lightly.

“What’s her name?” Her voice was suddenly in his ear, quite close.

Isaac jumped. The goat bleated at him.

“Sorry, girl.” He patted her side and resumed milking her with slow, careful hands. He glanced over his shoulder toward the subject of his thoughts.

Rebecca stood watching him, leaning over the rail and peering in at them with curious eyes. He was surprised to see her out this early. She usually left him to his morning chores, and most times he’d get back inside the cabin and find her already up preparing breakfast.

“What’s her name?” she repeated.

“Name? The goat?” He looked at the goat dumbly. It was a goat. He’d never gotten much further than that. She gave them a daily supply of milk, but other than that she was generally a nuisance. She liked to butt down the stall door. And whenever she got loose, she’d eat what few vegetables he was able to grow in the summer. She also liked to nip at his shirts and underthings when he hung them out on the line–if he was lucky. Most times she’d tug the whole line down and drag it through the mud.

“Yes, the goat,” Rebecca said, a pleasant-sounding smile in her voice. “Don’t tell me she hasn’t got a name?”

There was something nice about hearing a woman’s voice in the morning. It reminded him a little of when he was young, and his mother had chatted with him in soft tones while they ate breakfast. As if speaking too loud would jar them too quickly out of whatever dreams they’d had the night before.

Rebecca’s soft voice put him much in mind of those times.

“All right. I won’t.” Isaac focused on his milking.

“Never gave it much thought. She’s good for milk, but other than that she’s nothing but trouble, always munching on the laundry.”

“Well, then I think your choice is clear. Either you call her Milky or you call her Trouble.” Her teasing tone brought a reluctant smile to his lips.

“Well, then, if I have to choose, then I guess she’s Trouble.”

The real Trouble was standing behind him, her elbow propped against the top of the rail, her chin cupped in one dainty hand.

The Unexpected Bride (Book One in the Brides Series)

Available in ebook and print: