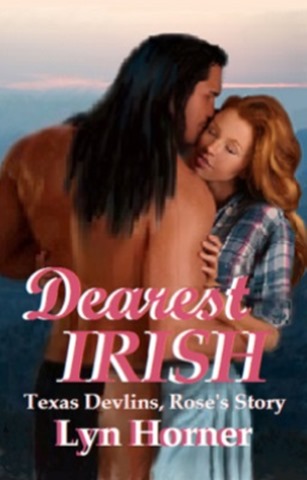 This character interview is adapted from a post that ran on May 28, 2013 on Ruby on Tuesday https://rubypjohnson.wordpress.com/

Lyn: “Ladies and Gents, I have a special guest today. This tall, good looking fellow is Jack Lafarge. You might know him as Choctaw Jack.”

Lyn: “Jack, would you tell us a little about yourself?”

Jack: “Well, I’m a cotton planter’s son, but I’ve done some cowboyin’ since the war. Uh, that’s the War of Secession.”

Lyn: “Ah yes, I understand you fought in the war on the Confederate side. Isn’t that a bit odd for a man of Indian blood?”

Jack: “No ma’am. A lot of us from what you white folks call the Five Civilized Tribes fought on one side or the other. The Choctaws mostly sided with the South and my pa was half Choctaw. When he joined up, I tagged along.”

Lyn: “Very interesting. I’ve also heard you’re a skilled blacksmith. How did you happen to learn that trade?”

Jack shrugs. “Pa was a blacksmith over in Louisiana before he moved us to Texas. I learned from him when I was a boy.”

Lyn nods. “I see. So, would you say your father is the person who most influenced you in your life?”

Jack frowns thoughtfully. “Huh, I’ve never been asked that question before. It’s true Pa influenced me a lot, but so did my mother. She turned my life around after the war when she convinced me to walk the white man’s road.”

Lyn: “That sounds intriguing, but I won’t ask for details. We don’t want to give away your secrets. Instead, can you tell us about the scariest moment of your life?”

Jack turns pale beneath his natural copper coloring. “That has to be the day my P’ayn-nah, I mean Rose, was bitten by a rattler.” In a choked voice, he adds, “I nearly lost her.”

Jack scowls, ebony eyes glaring at the author. “Yeah, it did, but that doesn’t mean I forgive you for nearly killing off the love of my life.”

Lyn squirms uncomfortably. “Yes, well, on a more pleasant note, is Rose a good cook? And if so, what’s your favorite food that she fixes for you?”

Jack’s angry expression lifts. Crossing his muscular arms, he says. “P’ayn-nah – that mean Sugar, by the way – is a pretty fair cook, even if she burns our supper now and again. Her favorite food is Indian fry bread, and I reckon it’s mine too. Leastways, when I get to watch her make it.” He grins, dark eyes twinkling.

Lyn laughs. “On that happy note, Jack, I’ll let you get back to your Red River home. Thank you for visiting me today.” 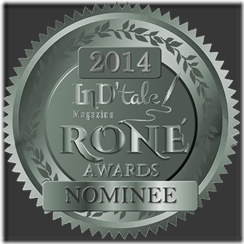 Jack and Rose’s story, Dearest Irish, is in the running for a Rone Award from InD’Tale magazine in the American Historical category. Voting is open through Sunday, March 16th, either on the InD’Tale site for subscribers: http://www.indtale.com/2014-rone-awards or via email: anasmith@indtale.com

Dearest Irish is book four in the Texas Devlins series, but can be read as a stand alone novel. This western/Native American romance opens in Texas, but much of it takes place in the Indian Territory, ca. 1876.

Rose Devlin possesses the extraordinary ability to heal with her mind, a secret gift that has caused her great pain. She also keeps another terrible secret that threatens her chances of ever knowing love.

Choctaw Jack hides secrets of his own. If they ever come to light, he may lose his job, even his life. Yet, he will risk everything to save his dying mother, even if it means kidnapping Rose.

Rose stretched and yawned. Something hard supported her head, and another something lay half across her face. This object felt like cloth and gave off a vaguely familiar scent. Swatting whatever it was away, she opened her eyes and had to squint at the bright sun glaring down at her from on high. In the time it took to blink and shield her eyes with her hand, everything that had befallen her during the night burst upon her like a waking nightmare.

Realizing she lay on the hard ground – she had the aches and pains to prove it – she turned her head to the right and saw Choctaw Jack lying a hand’s breadth away. He lay on his back, head pillowed on his saddle and one arm thrown over his eyes. Where was his hat, she wondered absurdly. Recalling the object she’d pushed off her face, she rose on one elbow and twisted to look behind her. First, she saw that she’d also been sleeping with a saddle under her head; then she spotted the hat she’d knocked into the high grass surrounding them. Jack must have placed it over her face to protect her from the sun’s burning rays. In view of his threat to beat her if she tried to run away again, she was surprised by this small kindness.

A throaty snore sounded from her left. Looking in that direction, she saw Jack’s Indian friend sprawled on his stomach, with his face turned away from her. He was naked from the waist up, his lower half covered by hide leggings and what she guessed was a breechcloth, never having seen one before. His long black hair lay in disarray over his dark copper shoulders.

He snored again, louder this time. Rose’s lips twitched; then she scolded herself for finding anything remotely amusing in her situation. Glancing around, she wondered how far they were from the Double C. Jack had been right to chide her last night. She’d had no idea where they were or in which direction to run for help. Even more true now, she conceded with a disheartened sigh.

She heard a horse snuffle. Sitting upright, she craned her neck to see over the grass and spotted three horses tethered among a stand of nearby trees. She caught her breath. Was one of them Brownie? Aye, she was certain of it. Excited and anxious to greet him, she folded aside the blanket cocooning her and started to rise, but a sharp tug on her ankle made her fall back with an astonished gasp. Only then did she notice the rope tied loosely around her ankle. To her dismay, the other end of the rope was wrapped around Jack’s hand.

“Going somewhere?” he asked, startling her.

“Thanks to you, I am. You didn’t answer my question. Where were you going?”

“I saw Brownie over there.” She pointed to the trees. “I was only wishing to let him know I’m here, nothing more.” She swallowed hard, fearing he would think she’d meant to climb on the stallion and make a run for freedom – though without a saddle on his back and no one to boost her up¸ ’twould be well nigh impossible.

Staring at her a moment longer, Jack evidently came to the same conclusion. “I reckon he’ll be glad to see you,” he said, sitting up and freeing her ankle. “Go ahead. Say howdy to him.”

She again started to rise, but he forestalled her, saying, “Hold on. You’d best put your boots back on.” Reaching behind his saddle, he retrieved her footgear.

“Aye, I suppose there could be cactuses about,” she said tartly, recalling what he’d said last night. She forced a tight smile.

Available in ebook and print: