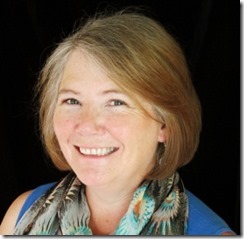 Today, I’m delighted to welcome award-winning author Paty Jager. With sixteen published books, four novellas, and two anthologies, Paty is never at a loss for story ideas and characters in her head. Her rural life in central and eastern Oregon, and interests in local history and the world around her, keeps the mystery and romance ideas flowing. She not only writes the western lifestyle, she lives it.

I’m a Sucker for Lawmen

Lyn, Thank you for exchanging blogs with me today. I’m excited to be in an anthology with so many talented authors.

When the subject was brought up, by the western romance authors on the Amazon forum started by an avid western reader, that we should make an anthology, I was ready to hop on board. Any time so many talented writers put together a sampling of their work is has to turn out as a win/win. Readers get great reads in one book and authors can cross promote.

The only catch—I couldn’t think of what to write. Then the very same avid reader who brought us together on the forum tossed out one of her monthly challenges to write a paragraph or more using five words. Marshal, Preacher, School Teacher, Undertaker, and Baker.

I was in the middle of two other projects but the more I thought about those words the opening for my short story, Bluffing the Marshal, came to me:

Nellie Preston stood at the top of the family cellar gnawing her bottom lip. What would Pa do when he discovered she had the preacher, school teacher, undertaker, and baker tied up in the cellar? Even more important—she hoped kidnapping the men would not only clear her brother’s name but show the handsome marshal she had the grit to be married to a lawman.

By-the-book Marshal Barkley should be charging down the road any minute. By now word would have spread she’d taken the missing men.

Her sour stomach rivaled the guilt eating away at her good sense. This had been a brash move to get the marshal out of town, but her brother’s life and her future depended on his arrival. She’d made the four men as comfortable as possible in the cellar. She’d even explained why they were here, but they hadn’t taken kindly to being kidnapped by Marcus Preston’s sister.

Dust plumed into the air a mile down the road to town. Nellie squinted, staring at the dust, hoping the marshal came alone. He’d be harder to convince if he brought a posse and his deputy. They’d say she was just like her brother—a no-good-killer.

She picked up the rifle leaning against the cellar door and prayed her parents and the younger kids didn’t come home early from visiting their grandparents two counties over. She wanted Marcus out of jail and things back to normal by the time Pa came home. Marcus was her twin, and she loved him dearly, but he did tend to get in fixes that most young men knew better to stay away from.

Pa always said of the two; she had the brains and Marcus had the muscle.

Some of her agitation fled when she spotted one horse and rider running hell bent up their lane. Marshal Tate Barkley had come by himself.

She smiled. He probably figured he didn’t need a posse to bring in one young woman.

Nellie cocked the gun and waited.

I have several books that have lawmen in them. The first book of my Halsey Series, Marshal in Petticoats has an accident prone young woman who is made marshal and the second book in the series, Outlaw in Petticoats has the two main characters ending up in law enforcement by the end of the book. All five of the Halsey Series books are available in an ebook box set.

You can read about or purchase the Halsey Brothers Series box set at: