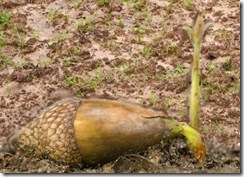 od is known as the Druid Revival. Studying scraps of historical records equaling only ten pages of translated text, scholars of that time began to formulate a new spiritual philosophy. Rooted in nature and the living earth, it attracted interest all over Britain, and a number of people embraced this new path. It offered an alternative to the rigidity of organized religion and the materialistic views of philosophers like René Descartes.

English Druids claim the first modern Druid order was formed in 1717, during a meeting at the Apple Tree Tavern in Covent Garden, London. There is no proof of this legendary meeting, but whether it occurred or not, the revival was well advanced by that date. Some of its followers hoped to modify Christianity into a more nature-based religion. They supported the Latitudinarian movement in the Church of England. Latitudinarians urged tolerance toward religious dissenters and favored meditation and individual study as a spiritual path.

Other members of the Druid Revival sought to create a totally separate faith. Many believed in pantheism, which asserts that the universe is a living, divine being. The term pantheism was created by John Toland, an Irish writer whose views greatly influenced the Druid Revival. Pantheist Druids believe everything in nature is divine. Polytheistic Druids believe in many gods of nature. Such beliefs were crimes in 18th century Britain, subject to severe punishment. 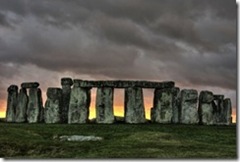 Eager to learn from their ancient predecessors, Druid Revivalists latched on to any bit of information they could find. In his writings, Julius Caesar said the original Druids taught their students about the planets. This caused Revivalists to tramp across the Salisbury Plain, examining megalithic sites in search of clues to the Celtic Druids’ knowledge of astronomy. References to the ancient ones worshipping in forest groves had an even greater impact, leaving a vision of white-robed figures communing among the trees imprinted on our imaginations even now.

In the 19th century Welsh Druidry came to prominence. It’s founder was Edward Williams, who took the name Iolo Morganwg (Iolo of Glamorgan.) A gifted poet and scholar, he sometimes added his own poetry to authentic medieval texts, inventing lore that influences modern Druid rituals. He and his Welsh Druid compatriots were often at odds with the Druids of Britain and France.

The same holds true for Irish Druids of that era. Throughout the 19th century, Irish Celtic nationalists bitterly opposed their British overlords. Most were conservative Christians. Those few who were attracted by Druid lore turned their backs on Druid groups outside traditional Celtic nations. These regional and political rifts within the Druid movement lasted for decades.

Despite such setbacks, Druidry has evolved and spread to many corners of the world over the past three centuries. The first American Druid societies came into being during the Revolutionary War. By the early part of the 20th century Druid orders included large branches in the U.S. and Canada, and reached as far away as Australia and New Zealand. France also developed a strong Druid presence with its own special traditions.

Archeological finds during the past century forced modern Druids to reassess some of their beliefs and traditions. For one thing, some Druid orders had claimed a continuous, unbroken link reaching back to the ancient Druids. Archeologists and historians have proven this false. Some modern Druids found it difficult to dispense with their misleading claims, but nowadays most realize they do not need that fictitious link to the dim past. They have established modern Druidry with a unique three-hundred-year-long tradition of its own.

Cairistiona Worthington, in The Beginner’s Guide to Druidry, states, “A Spiritual Path, a way of life, a philosophy, Druidry is all of these . . . Druidry today is alive and wel 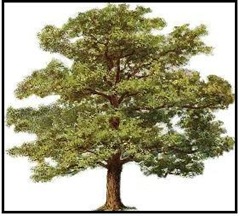 l, and has migrated around the world forming a wonderful web of people who honour and respect the Earth and the sacred right to life of all that is part of the Earth. Like a great tree drawing nourishment through its roots, Druidry draws wisdom from its ancestral heritage. There is a saying in Druidry that ‘The great tree thrives on the leaves that it casts to the ground’. Druidry today does not pretend to present a replica of the past, rather it is producing a new season’s growth.”

This concludes my brief review of the history, culture and religious beliefs of Celtic and modern day Druids. I have only skimmed the surface of a subject that has been written about at length by scholars far more knowledgeable than I. If you would like to learn more about the Druids, please refer to the resources listed after each of my posts. And on Monday, July 18th look for the first post in a new collaborative series: Western Romance, The Story of Us!

The Beginner’s Guide to Druidry by Cairistiona Worthington

What is Druidry from The Order of Bards, Ovates & Druids

The Druid Network – a directory of Druid groups in the USA