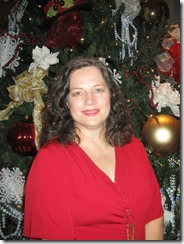 Anna Kathryn Lanier started writing while still in high school. Her first novel was a futuristic Armageddon tale with romantic elements. She wrote her first romances in her early twenties, but her only submission was rejected. After putting her writing on hold for nearly two decades to raise her daughters and play housewife, Anna Kathryn picked up the pen again, so to speak—this is the computer age—in 2001. She has completed three romance novels to date, all unpublished. She discovered a love for short stories and her first one, Happily Ever After, was published in 2005. She has since published five more short stories. The Priceless Gift, a contemporary western, was released in November, 2007, is a #1 best seller at The Wild Rose Press.

Hi, Lyn, thanks for having me today. I’ll be giving away a copy of A GIFT BEYOND ALL MEASURE to someone who comments by Friday evening.

The Twelve Days of Christmas

In some cultures, Christmas is celebrated as a holy day, without the exchange of gifts. Gifts are instead exchanged on Epiphany or, in some cases, a gift a day is exchanged during the Twelve Days of Christmas. Epiphany, January 6th is the observation of the day the Magi arrived to pay homage to the Christ child. The three kings brought their gifts for the new-born king.

But let’s back up for a moment. The Liturgical Year starts with the First Sunday of Advent, four Sundays before Christmas Day. For 2013, that ‘new year’s day’ was December 1st. From then until Christmas Day, the liturgical church is in the season of Advent. The season of Christmas starts on Christmas Day and goes for twelve days. January 5th is often referred to as Twelfth Night (think of Shakespeare’s Twelfth Night). In some traditions, it marks the removal of Christmas decorations and involves feasting.

I’m also sure you’ve heard of the song The Twelve Days of Christmas. The origin of this song is in dispute, but the meaning behind it doesn’t seem to be. The items given to the ‘singer’ of the song are not as simple as they appear. They do, in fact, refer to God’s grace.

Ace Collins in “Stories Behind the Best-Loved Songs of Christmas” explains the meanings behind the gifts:

The “true love” giving the gifts represents the pure love of God. Each gift represents a major doctrine of the Catholic faith. 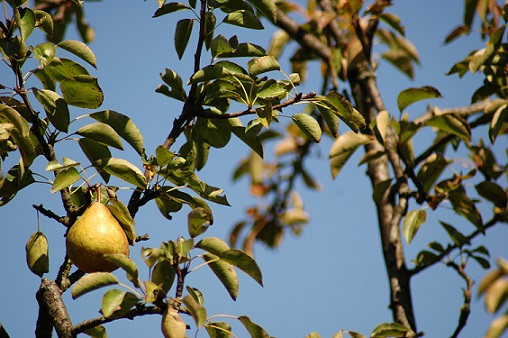 A Partridge in a Pear Tree

The partridge represents the courage and devotion of Christ dying for his people. A mother partridge will lure predators away from her chicks, even sacrificing her life for them. The pear tree symbolizes the wooden cross upon which Jesus died.

This represents the Old and New Testaments of the Bible. Doves also symbolize truth and peace.

French hens were the food of kings in sixteenth century England. Here they represent the expensive gifts brought by the wise men to the newborn Jesus.

These symbolize the authors of the four Gospels.

These are the first five Old Testament books known as the Law of Moses.

Here we have the six days in which God created the world. The eggs, from which new life springs, symbolize creation.

These represent the seven gifts of the Holy Spirit outlined by the apostle Paul: prophesy, service, teaching, encouraging, giving, leadership and mercy. The swan, a graceful bird, symbolized these virtues.

Being a milk maid was one of the lowest jobs in sixteenth century England. Jesus came to save the poor and the humble, thus this gift represents Jesus’ love for the common people.

Here is a reminder of the Ten Commandments.

These represent the eleven faithful apostles who followed Jesus to the end and spread his message after his death. While there were twelve apostles, recall that one betrayed Jesus.

This is a symbol for the twelve tenets of the Catholic faith laid out in the prayer, “The Apostles’ Creed”. The drummers may provide the cadence for reciting this prayer.

Thinking you might want to give these gifts? Remember first off that the items repeat themselves. So that on the second day, it’s a gift of two turtle doves AND a partridge in a pear tree. On the third day it’s three French hens, two turtle doves and another partridge in a pear tree. So that at the end of the 12 days you’d have given 364 gifts. In 2012, it would have cost you $107,300 to give your true love “The Twelve Days of Christmas” gifts. Click HERE for a breakdown of the costs from USA Today.

Read more at Suite101: The Twelve Days of Christmas: Legend of the Christmas Carol’s Twelve Gifts 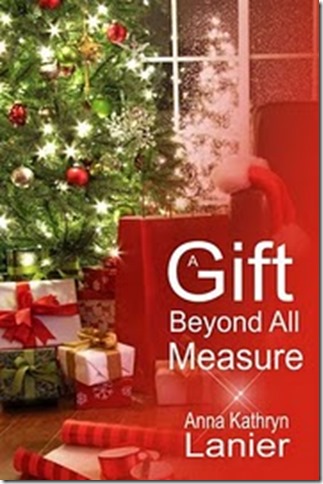 A GIFT BEYOND ALL MEASURE

Arriving home for Christmas, the last thing Jacob Scott expects in his house is a sexy, shotgun-toting stranger.  Worse, his attraction to her bothers him even more than the gun.  Still reeling from the deception of his long-time girlfriend, he’s not looking for romance.

Tessa Jones has learned one hard lesson—when everyone in your life has failed you the only one you can trust is yourself. Facing the whispers of the townsfolk and an arson charge, Tessa unexpectedly finds herself trusting Jacob with more than her legal troubles.

Struggling between the promise of the present and the hurts of the past, can these two lost souls overcome their pain long enough to discover a gift beyond all measure?

Available now at The Wild Rose Press, and for the Kindle, or Nook.

A Cowboy’s Dream, is also contemporary western, and is a mega rewrite of Happily Ever After. Salvation Bride, a historical western is the Preditors and Editors Reader’s Poll 2009 Best Short Romance Story. Gift Beyond All Measure is a sequel to The Priceless Gift. Anna Kathryn lives in Texas with her husband. She has two grown daughters and three grandchildren.

Also, I’ll be presenting my workshop THE HERO’S JOURNEY via TITANIC in January at Savvy Authors. Learn more HERE.