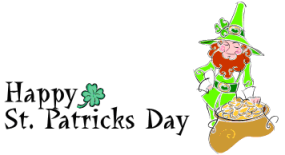 My friend Susan Horsnell is here to celebrate with us, so grab a pint of green beer and relax while she tells us about the short story she wrote for Rawhide ‘n Roses (A Western Romance Anthology.)

HI Lyn and friends. We’re all Irish today, aren’t we.

I grew up in Sydney, Australia but as the wife of a Naval Officer, have lived overseas as well as in most Australian States. I retired from nursing 4 years ago after a career that spanned 35 years. I had always had a yearning to write and decided it was time to get the stories out of my head and onto paper. From there I just hoped my stories were interesting and well written enough to attract readers.

It is difficult being a new author now that anyone can publish a book. I can understand readers’ reticence to read Indie authors but hopefully they will give people like me a chance. I find you can be pleasantly surprised most of the time. I can’t imagine sticking to just one or two authors and just because an author has a publisher doesn’t make them good. I have certainly read some terrible books which have been published by some of the largest companies.

I am privileged to be a part of Rawhide and Roses amongst the very best of Western Romance Authors. Here’s a glimpse of my short story.

When a Rancher has only four daughters, it is their job to help their father manage the property.

“Sissy, for heaven’s sake. Stop that damn wagon!” Lily screeched at the top of her voice. She crouched low over her galloping mare’s neck, reins in one hand and mane grasped in the other. As she drew alongside the wagon, which carried her sisters, she stood up in the stirrups and yelled again. “Stop that wagon now or so help me…”

Melissa, also known as Sissy, pushed her feet down hard to balance as she pulled back hard on the bay gelding’s reins. They all drew to a stop.

Lily lifted the hat from her head and swiped impatiently at the sweat on her brow. It was so hot she thought, if the damn dog was chasing the cat, they’d both be walking. “Why didn’t you stop when I called out?”

“How am I supposed to hear you with the sound of Buck’s hooves and these two tittering in my ear?” Sissy retorted.

The ‘two’ she referred to, as she flung her arm in the air, were their sixteen year old twin sisters – Amy and Emily. They had just discovered the appeal of two local boys and had been excitedly chattering.

“Why are you here, anyways? You’re supposed to be helpin’ Ma put a basket of food together. We gotta spend the night out with Pa watchin’ for rustlers and you know we get hungry.” Sissy pouted. She hated it when she thought her big sister was sent to watch over her. At eighteen years old she felt she was more than capable of doing things without being ‘chaperoned’.

Wow, Susan! You sure know how to whet a reader’s appetite!